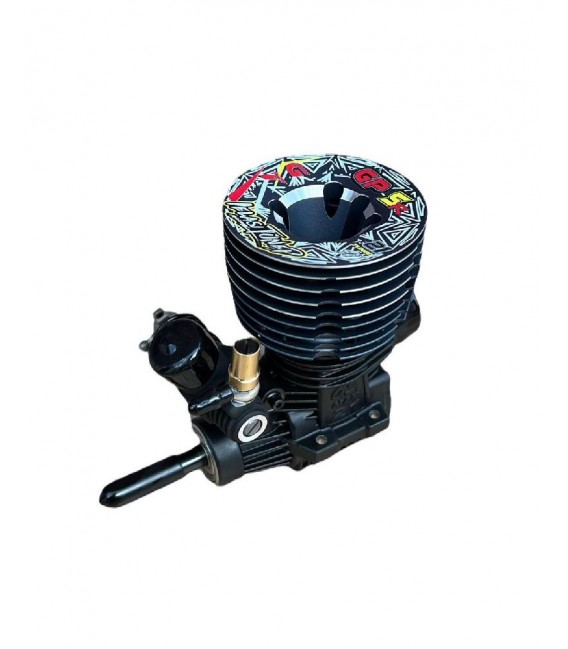 We are pleased to announce the new GP5GTR22 engine at its official debut during the GT European Championship in Lostallo!

This engine, unlike the previous model, has been improved in performance, as fuel consumption has always been comfortably above 7 minutes with the old GP5GTR; more acceleration and more speed on the straight line mean that this engine raises the level even more in this category that is increasingly gaining ground and is in full evolution.

This upgrade also includes the new, lighter cooling head than the previous one (-15grams), which will optimize the handling of your model car.

22 other products in the same category: