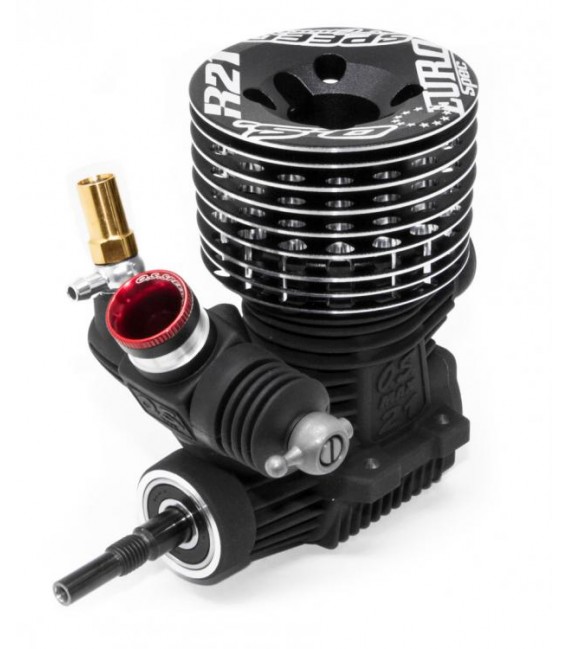 In addition to O.S.SPEED's proud high-performance series of engines for ON ROAD "R21", another new engine of interest will be added to the lineup. This "O.S. SPEED R21 EURO Spec." Is a high-speed course compatible engine that thoroughly pursues top speed growth by changing the port timing of the crankshaft and cylinder. Adopting a cylinder / piston dedicated to "EURO Spec", it was developed with the aim of being an engine that can "fight" more than ever even on long straight courses. In addition, it is also equipped with a specially designed outer head. The point is that it is stylish and has a design that tickles the hearts of enthusiasts. A racer aiming for another speed range can be said to be an engine that cannot be overlooked.

22 other products in the same category: