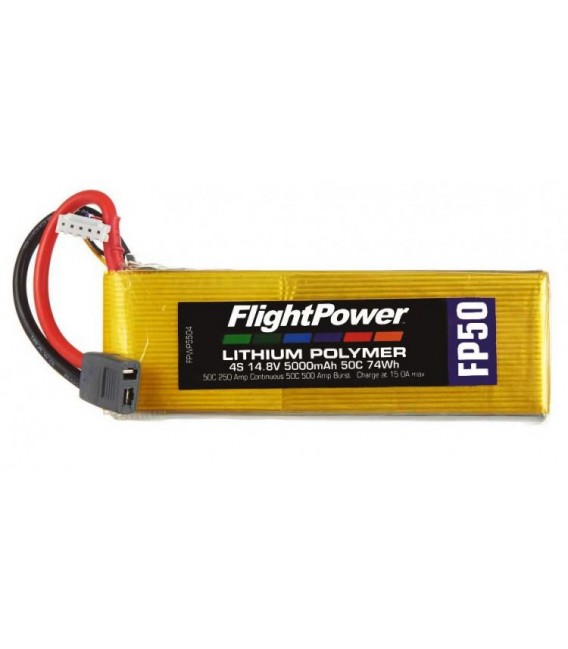 With FP Series, you can expect more from FlightPower Packs than ever before.

A wider range of capacities and voltages

Factory-installed leads and connectors. They include:

With all that's new, you still get the things that have made FlightPower the standard for premium power packs: superior cell matching and stringent quality control. And those are a few of the reasons why FlightPower packs routinely deliver like-new performance after 100, 200, 300 cycles or more!

The included Star Plug is compatible with one of the industry's most common power plugs (T-connector). It's polarized so you can't hook it up wrong. It's heat-resistant and impact-resistant for secure connections. And it's designed to handle massive current loads efficiently.

All balanced packs now feature the JST XH plug the most common balancing connector in the industry.

14 other products in the same category: